There are many interesting legends associated with Holi. One of the most popular legends is that of Prince Prahlad, who was a follower of Lord Vishnu. According to the legend, there was a powerful Asura king, Hiranyakashyap, who declared himself to be the real God and wanted everybody to worship him. He tortured and punished all those who worshipped any other God besides him. However, his own son Prahlad disobeyed his wishes and became a firm devotee of Lord Vishnu. Hiranyakashyap tried in many ways to get his son killed, but Prahlad’s devotion made all his attempts go in vain. So, Hiranyakashyap asked his sister, Holika to enter a blazing fire with Prahlad in her lap, as she had a boon that fire could not harm her. However, the unexpected happened. Prahlad was saved for his extreme devotion to Lord Vishnu, while Holika died in the fire. The tradition of burning Holika or the ‘Holika dahan’ comes mainly from this legend.

Although the Holi celebrations differ from state to state, the essence & spirit behind the celebration remains the same, i.e., love & brotherhood. The festival is celebrated for two days. The celebrations start with Holika Dahan or the lighting of huge bonfire on the first day – popularly known as Chhoti Holi. On this day, people perform Puja and take rounds around the bonfire. The actual celebrations take place on the second day. People apply coloured powder or ‘gulal’ on each others’ faces and cheer up saying “Bura na maano Holi hai!”. Children particularly enjoy the festival, as they throw water balloons on one another and drench each other using their pichkari. Also, people prepare special dishes & sweets such as gujiyas, malpuas, dahi badas etc.

How to celebrate Holi at home?

Holi is one of the most popular festivals of people in India and is associated with great fun & frolic. Here are some interesting ideas about how you can celebrate Holi with your children at home.

So, this Holi, seize the opportunity to make special memories with your children and enjoy the festival of colours to the fullest.

Have a safe and Wonderful Holi!

Dipped in hues of colourful days

All You Need to Know About Holi – The Festival of Colours

Meenal Arora talks about her life 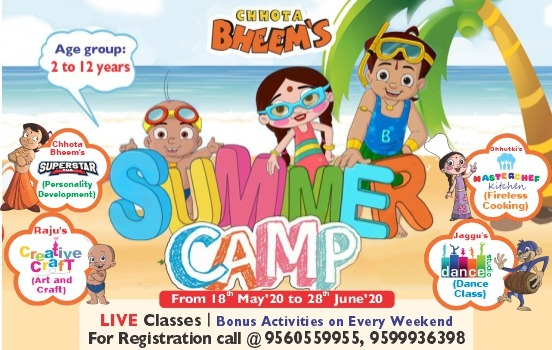