Exams are an essential yet stressful part of any examination. Since exams are so important, it becomes essential to prepare for them whole-heartedly to get the best outcome or the result. We give you some easy tips to ease your stress and improve your study skills.

Early start will benefit a lot:  : It is a well-known fact that the earlier you start preparing for the exam, the more time you will get to complete the syllabus.

Make a time table:  Before you start studying for the exam, it is advisable to make a time-table such that all the subjects topic-wise are covered. Divide your preparation time in such a manner that it includes breaks at regular intervals as well.

Avoid cramming   : Strictly avoid cramming the content of any subject as it is not at all a good method of studying. Rather, make short notes simultaneously while studying. Cramming everything is likely to result in forgetting the information. So, read with focus and try to retain.

Rewrite the points to enhance memory: Memorising is an art. Some are good at it, while some have to make special efforts to improvise this skill. In case you are unable to recall the content of any topic, rewrite it at least 5 times to ensure that you do not miss out on any important information.

Review your notes: Preserve the notes you prepared while studying. A day before the exam, review those notes. Before you move on to the next topic, ask yourself questions related to the topic studied on the previous page. This will also help you to speak aloud the answers, as if you were trying to explain it to someone else.

Practicing under exam conditions:  Once you are through with the preparation and revision as well, it is time to take a mock test as if you were actually appearing for the exam. This is a proven exercise that will help you to assess how much you could retain and on which areas you need to work upon and improvise.

Be prepared on the exam day  :  On the exam day, just have a glance at the notes prepared, to ensure that the information is still fresh in your mind. Do not lose confidence on yourself. Trust God and appear for the exam on time.

The Indian Forest Examination conducted by the Union Public Service Commission in 2013. The results of the IFS exam have been declared. The list of shortlisted candidates can be checked by visiting the website link given below:

Age Limit: Candidates aged between 21-28 years are eligible to apply for the post.

Educational Qualifications: Candidates should be a Graduate from any recognized university.

Application Fee: It will be updated very soon.

Selection Procedure: Candidates would be selected on the basis of their performance in the written exam and interview.

How to Apply: All those female candidates who wish to apply for Assistant Manager Posts in the Reserve Bank of India are required to apply through filling online application form on RBI official website at www.rbi.org.in before 24th December 2013.

The much awaited Union Public Service Commission (UPSC) NDA Exam has been announced.

The Union Public Service Commission (UPSC) conducts National Defense Academy (NDA) & Naval Academy (NA) (I) Examination once in a year. This year too, UPSC has notified NDA & NA 1 examination 2014 for entry into Army, Navy and Air Force wings of the NDA for the 132nd Course, and for the 94th Indian Naval Academy Course (INAC) commencing from January 2015.

Rs.100/- for General and other unreserved category candidates, to be submitted in any SBI branch or by using net banking facility of SBI or its subsidiary banks.

SC/ST category candidates and sons of JCO/NCO/OR are exempted from paying fee.

Online Application Form: All those candidates who wish to apply for UPSC NDA & NA (1) 2014 are required to fill online application form on UPSC’s official website at www.upsconline.nic.in before 20th January 2014.

Selection Procedure: Eligible candidates will be selected based on their performance in written examination followed by Psychological Aptitude Test and Intelligence Test, SSB Interview.

May the name of Waheguru be enshrined in your heart.
May Guru Ji’s divine love and blessings be with you always.
Happy Gurupurab..

Happy Gurpurab to all the Sikhs and to everyone who is a well-wisher of the ideals of Sikhism….

May the teaching of the Guru
reflect the goodness and compassion in you
and bring into your life
the glow of happiness and prosperity. 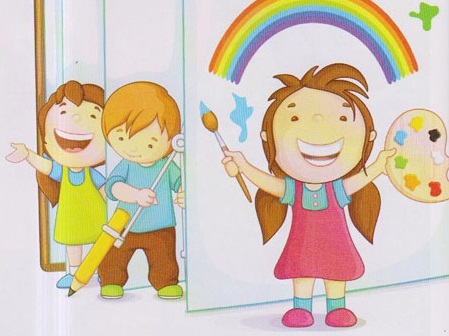 Children’s Day is all about showering the love, care and affection on children and making them feel special. The day is around the corner and celebrations must be on full swing in the schools. Here is a list of songs especially for the occasion of Children’s Day. Choose from amongst them and encourage the children to perform on the same: