Fresh, gentle breeze replaces the chilling cold with a touch of rejuvenation in the air and blossoming landscapes in 50 shades of yellow, welcoming the beautiful spring.

across India with enthusiasm and optimism. “Basant Panchami’ has a specific meaning. ‘Basant’ means ‘spring’ and ‘Panchami’ means ‘the fifth day’. The festival indicates the coming of the spring season. Basant Panchami is celebrated every year on the 5th day or ‘Panchami’ in the month of ‘Magha’ which falls during January – February. The festival of Basant Panchami is also associated with Goddess Saraswati, the goddess of knowledge, education, arts, culture and music. It is believed that, on this day, Goddess Saraswati was born. People celebrate the festival with great fervor in temples, homes, schools and colleges.

The day is celebrated as Saraswati Puja primarily in the eastern parts of India and as the Basant Festival of kites in the Punjab region. The colour yellow holds great significance in the festival as it is related to the bloom of mustard flowers during this period. The colour symbolizes prosperity, light, energy and optimism. It is also considered auspicious to start education of the new learners on this day. This year, Basant Panchami will be celebrated on 24th January.

Celebrate the festival of Basant Panchami with your children, by following few of the tips given below:

A. Find the State

Give the political maps of India to the teams and they will get one minute to fill in states. The team filling maximum right states will win the point for this game.

B. Hoist the Flag

• Divide the participants into two teams

• Hide the above items in the party area and ask the teams to search for the items.

• Both teams should find all the five items before starting the hoisting activity.

• Start with attaching the pole to the stand and putting the flag rope over the top pulley of the pole.

• Now, fold the flag with flower petals inside.

• Raise the flag to the top of the pole and the pull the bottom end of the rope.

• A big poster of Indian Flag without the Ashoka Chakra

• Printed Ashoka Chakra (as per the number of participants)

• Band to close the eyes.

• Fix the large poster of Indian Flag against a wall.

• Give each participant the printed Ashoka Chakra and ask them to write their name behind it.

• Now cover their eyes with a band, revolve them and ask them to pin the Ashoka Chakra on Indian Flag one by one. Hooting, guiding and misguiding each other will increase the fun of this game. Let’s play and have fun

• Take printouts of below image as per the number of participants:

• Give one printout & pen/pencil to each participant. • Participants now have to match the slogans with the freedom fighter’s name who said it.

• Time limit is one minute.

Union Public Service Commission (UPSC) has published the UPSC Exam Schedule 2014 i.e. a notification for all the UPSC Examinations to be held in the year 2014.

All the aspiring candidates who wish to gain knowledge about UPSC Exam Programme 2014 can check UPSC Exam Calendar 2014. Given below is a compiled list of exams along with their dates.

Candidates are advised to subscribe our free email newsletter if they want detailed information about UPSC Examination direct into their inbox.

AIMA i.e. All India Management Association conducts the Management Aptitude Test (MAT) 4 times a year: in February, May, September, December. The list of institutes that use the AIMA-MAT results varies from test to test.

Narsee Monjee Institute of Management Studies (NMIMS) that conducted the NMAT held from 4th-18th December, 2013. The result of one of the most awaited entrance exam-NMAT has been finally declared.

To check the NMAT result, click on the following website link and submit the roll number to obtain the Score Card.

Pongal Is Here, An Occasion That Marks Joy and Cheer and Brings along Everything That’s Best.
May the Festival of The Harvest Season, Be One That Brings Along With It, All That’s Best and Everything You’re So Deserving Of.

Have a memorable Pongal….!!

God sugarcane to cow and ox

Sweet rice to you and me

Good milk to friends and family!!

May Pongal fill your life with SWEETNESS

May the Sun radiate PEACE, PROSPERITY & HAPPINESS in your life

On Pongal and always….

Flood of happiness to sweep our country.

To the face of the poor, so rise milk rice.

1. Nothing is impossible. The word impossible itself says ‘I’m possible’.
2. Obstacles are those frightful things you see when you take your eyes off your goals.
3. I can’t change the direction of the wind but I can adjust my sails to always reach my destination.
4. The flower that blooms in adversity is the most rare and beautiful of all.
5. A wise man will make more opportunities than he finds.
6. The best teachers are those who show you where to look, but don’t tell you what to see.
7. Do not give up. The beginning is always the hardest.
8. Nobody can go back and start a new beginning but anyone can start today and make a new ending.
9. A goal without a plan is just a wish.
10. Believe you can and you are halfway there. 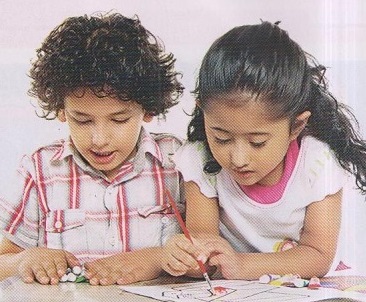 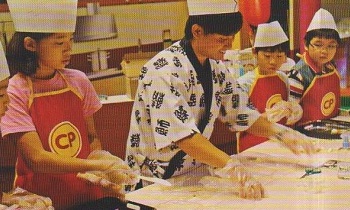