The official sources have declared the tentative date for declaring the results, which would be available on the official website of CISCE. The results of the exam which were conducted in 2,500 exam centres will be evaluated at 650 centralized centres.

Students can check their results either by logging on to www.cisce.org or www.cisce.in.com by filling in their Index numbers followed by their roll numbers or registration numbers in the respective fields so as to get access to their mark-list. Besides this, just like last year, students can also check the results through the SMS service on their mobile phones.

The Uttar Pradesh Technical University (UPTU) that conducts Uttar Pradesh State Entrance Exam (UPSEE) for admissions to Engineering, Pharmacy and Architecture courses in several. The University conducted the UPSEE 2014 Examination on April 20, the results and answer keys of which are likely to be declared either on or before May 20, 2014.

As soon as the results will be declared, the merit position, score-cards comprising of the total marks along with the marks obtained in each subject will be made available on the official website.

Separate merit lists will be prepared for each course which will be based on the performance of aspirants in the exam.

The cut-off percentage of marks in UPSEE 2014 for the merit of successful candidates is 25% (20% for SC/ST) as per UP State Govt. order.

For more details, candidates can check the official website.

The intermediate final year exam results which were slated to be declared on April 28, 2014 have been postponed due to certain internal issues. Now, the results are likely to be announced on 29th April, 2014 and will be published on the official website of Directorate of Distance Education.

A total of 43 colleges are affiliated to Tamil Nadu Dr. M.G.R Medical University for the Bachelor of Pharmacy course, out of which 2 are government Colleges and 41 are Private Colleges.

The University has announced the results of B.Pharma first year examinations 2013-2014. By entering their Student Registration Number, Month and Year of Examination, students can check their results on the official website. 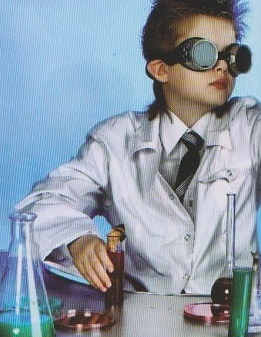 Note: It is compulsory for the departmental candidates to appear for the test.

Over 1.8 lakhs of candidates who have registered for the BITSAT 2014 can now download the admit cards/ hall tickets from the following website link http://bitsadmission.com/bitsat/bitsatmain.htm.

The much awaited result of Class 12/HSC Kerala State Board Examination that was held in March 2014 is soon going to be declared on May 15th. The evaluation process of the answer sheets will be completed on 30th April, 2014. To do the same, approximately 15,000 teachers at 67 camps across the State have been assigned the duty.

Students can check the results at http://www/education.kerala.gov.in/

University Grants Commission (UGC) that has announced the examination date for National Eligibility Test (NET) for the June 2014 session is all set to release the application forms starting April 15, 2014. The exam which is scheduled to be held on June 29th, 2014 is for the aspirants to qualify to apply for the post of lecturer in any University/College in the country.

Merely a week after the High Court cleared the decks, nursery admissions in Delhi Schools were put on hold again on Friday, 11th April, this time by the Supreme Court. This is due to the renewal bringing another spell of uncertainty of the parents as well as the schools. As per the last week’s High Court’s order, it permitted the resumption process and confirmed those admissions which were selected in round one of draw of lots, after scoring 70 points or more.  A bench of justices H L Dattu and S A Bobde have put a halt on the operation of the High Court’s April 3 interim order directing that those children who applied and were selected in draw of lots for neighbourhood and other categories.

Meanwhile all those children who secured admission in multiple schools were allotted time until 9th April to choose one of the schools, those who sought to avail five points under the inter-state transfer (IST) quota were asked to wait until 16th April, i.e. the next date of hearing. Subsequently, the Supreme Court hasn’t fixed the next date of hearing, the High Court proceedings are likely to be postponed on April 16, thus awaiting the final word from the Apex Court.

Contrary to the SC ruling, Senior Advocate Nidhesh Gupta told the bench that, “the rules of a game cannot be changed once the game has started”. However in the current case, the IST quota was clashed by an order of the Lt. Governor after the selection lists were prepared. In response to the notification issued by the L-G on 27th February, such parents had to vacate the seats allotted to their wards even after they were successful in the draw of lots as per the previous admission guidelines.