ARE YOU AN OBSESSIVE PARENT? 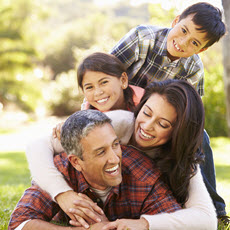 Overparenting is sometimes also called hyper-parenting. Both the terms signify the same thing — a wrong parenting style. It refers to a parenting style in which parents are overly-involved with their children. Such parents are often seen fighting at the school games or arguing with the school-coach because they felt that their kid was undermined in some way.

Such parents are overly competitive and would go to the extent of writing and doing their child’s homework and assignments. A small drop in the child’s test scores is equivalent of the world ending for them. Hyperparenting is not limited to the big cities only. Over-ambitious parents are found in small towns and rural areas also. Basically, such parents are over-involved, over-controlling, too demanding and obsessive.

Concerned Parenting versus Hyperparenting
It is not uncommon to find parents who are very concerned about their child. The increasing stress in our daily lives and the ever-growing ambitions and frustrations of the parents often leads to a tendency of being preoccupied with the achievements and performance of one’s child. Many such parents feel that succeeding in every subject and every sphere of activity at school is an absolute necessity. They begin to associate the child’s success as their own. Concerned parenting is essential for being good parents, but when the concern of a parent turns into a fixation, it turns into something ugly — hyperparenting.

Seeking Perfection
An obsessive parent can be understood as someone who seeks perfection. This perfection should be reflected in both individual output as a capable parent and his child’s performance in terms of being a perfect student, an outperformer. Such parents are very determined to make every possible sacrifice for their child’s education. They begin to micromanage every aspect of the child’s life including social and academic aspects.

• Such obsessive parents don’t allow the child to take any independent decision. Thus, the children develop little self-confidence. The 24×7 scheduling and analysis done by the parents makes the child vulnerable to be acutely self-critical.

• Children of such parents might also develop trust issues. They could start believing that the parent doesn’t trust them at all. Usually such children grow into over-dependent, hypercritical and untrusting individuals.