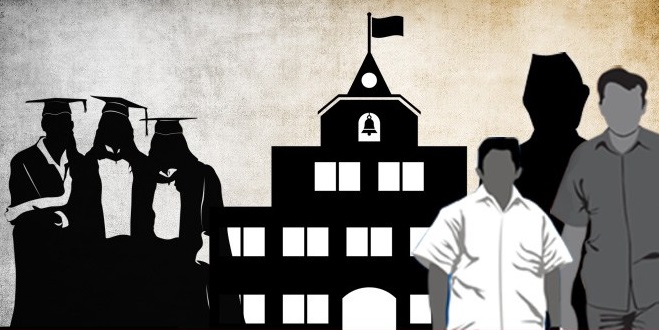 As foreign investors, venture capitalists and the locals are pouring in their money and efforts, business in India is at an all time high. The country is approaching a double-digit growth rate and good contribution has been due to the indigenous efforts of the local institutions and businessmen.

In the last few years, a lot of enterprises have been established. The new generation of entrepreneurs, filled with enthusiasm and confidence, has taken the stride to conquer the markets, the business and the industry. The trend of saving money in banks and behind safe doors is an old concept. People are investing and investing very wisely.

After Information Technology, Real Estate and Retails sector, the focus is converging on Education. In a country, with population of over 1.2 billion, a large number of children expect for better prospects and better education. The country has an extensive network of education system and institutions. However, there are growing demands for better and efficient education systems.

In city centers, satellite towns and developing centers, the scene for professional training centers is a bit saturated. However, there is ample space for the preschool, primary and secondary education service providers. The burgeoning population in and around the cities asks for more number of schools and better standards.

Investments made in this sector are considered to be the safest. Most of the capital that goes in the establishment of the infrastructure can be easily recovered. The return on investment (ROI) is quite high and assured.

Behind the success of the private institutions, particularly coaching centers and preschools, and the safe business models are the flexible policies of the government. That makes education field one of the safest sectors to invest in, in the industry.

One of the recent trends observed in Education Industry, is the growing popularity of school chains and franchising. A good brand of school has the entire field open to expand in any direction. Many popular schools and educational institutions have traveled the entire length and breadth of the country, which in fact has been greatly helped by the franchising system.

There is one more reason to invest in the educational sector, which as a matter of fact happens to be important in the Indian society. To open an educational institute is considered to bear a good impact on the social status and therefore is one of the most favoured business enterprises in India. For many people, it is a valid to reason.

In the demand and supply chain, the demand for secondary education has increased many times. Compared to it there has been little progress in the supply, which has resulted in significant increase in the enrollment in the secondary education institutes. In such circumstances the price has to be paid by the education, as the quality and standards received by the students cannot be maintained for large number of students.