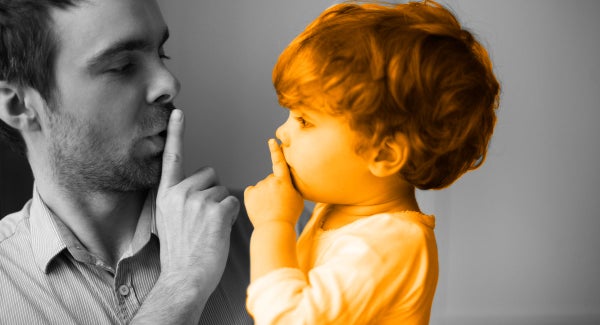 Parents should use all or a combination of these four basic ways to tackle child-related problems.

Raising the Child’s Self-Esteem
• Small things like a parent’s tone of voice, the usual body language and facial expressions make an impact on the child. Such things affect the child’s perspective of the world around him and play a major role in developing his personality.

• Praising the smallest of child’s achievements however small they may be would improve his self-confidence and make him more confident of his abilities. This feeling of personal pride eventually reflects in the form of raised self-esteem. On the contrary, disparaging remarks and comments or constant comparison and negative speech makes the child feel worthless and look down upon himself.

• When the child makes a mistake and it is apparent that he feels bad about it, don’t try and scold him or make him feel even more guilty of himself. This would induce the fear of making mistakes and make him prone to developing self-conflicting issues.

Are you an Escapist?
Some parents are guilty of venting out their frustrations or anger by shouting or being hyper-critical about the child. This kind of a negative parenting attitude makes the child feel unwanted. The child shouldn’t become an escape mechanism for the parents. The parents need to deal with their own set of problems and make sure that the child’s innocence is not hampered by their own disappointments in life. The children shouldn’t be used as a tool for achieving what a parent failed to do so himself/herself. The child’s ambition and freedom should be give priority.

Discipline isn’t a Choice
• The main purpose of disciplining the child is to make sure that he develops the right set of moral values, attitude, aptitude and manners. Children themselves are unable to identify the need for rules and regulations but it is the responsibility of the parent to make sure that the child isn’t getting away with too many liberties. An excess of freedom at one point in childhood could backfire as the child develops a mind of his own and doesn’t respect the opinion of his parents anymore.

• Rules aren’t just for the child. The parents should be sincere enough to present themselves as good role models. Once this is established, the child has practically no excuse to break the house rules or consistently disobey his parents.

Make Time for Your Children
• Modern lives are very busy and it is difficult for parents and children to do simple things together like having a family meal but such simple family activities are essential and from the basis for parent-child bonding.

• Parents can created a ‘special night’ every two weeks to get together and let the children decide what TV programme or movie they want to watch.

• Parents who can’t meet their children in the morning could put a note in the child’s study room or in the kitchen with a few words of encouragement written on it.

• Parents should look out for opportunities like attending the school concerts and games to make the child feel special and appreciated.