IS GOVERNMENT BACKTRACKING ON HIGHER EDUCATION? 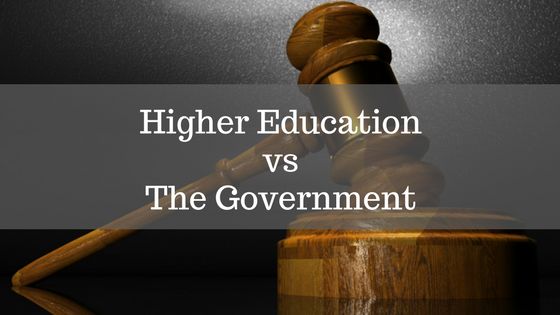 India’s dream of achieving the cent percent literacy continues to remain a dream only. More than 60 years have passed since India became independent and not much has been achieved in the field of education, despite great promises made by the government. Today, it is higher education that stands on the edge and with meager credits the government may try to shift the responsibility to private agencies.

It is true that education system was in a hapless condition on the eve of Independence. And it is equally true that many a leaders, bureaucrats, politicians, educationists, reformers, etc., have been involved in setting it right. Special provisions were made in five-year plans, commissions and committees have been set up, seminars and workshops organized and like; yet the figures are not so impressive.

What is ironic is that the government is trying to throw open its second great campaign, universalisation of secondary education. What worries us more is their declining role in higher education.

This might seem as confusing, since a good number of institutes and universities have been doing well in recent times. As is obvious, at the grassroots, the premier higher education institutes have developed on their own lines. There has been little support from the government and much of the credit goes to the individual efforts of the management and administrators of these institutes.

Many commercial entities have realized the inefficiency of the government plans and their failure. As a consequence private players have themselves jumped into the arena and are working upon improving the situation.

At the same time the government realizes the crucial role of higher education in bringing socio-economic development in the country. It was because of this need or realization that CABE or Central Advisory Board of Education was reconstituted in 2004. It is the premier advisory board at state and central level.

CABE has many committees working on different issues regarding education. One such committee on Financing of Higher and Technical Education presented its findings and suggested some decisive actions. However, the response of government has always been lukewarm and serious efforts were never made to overhaul the system or bring some major changes.

The entire education machinery needs to be set right to make an impact on the society. Mere campaigns and finding will hardly take us anywhere.