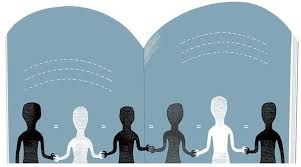 The diversity in India can be described for innumerable institutions and education is one of them. Education in India features many lineaments of the inherited education system that prevailed years ago. As they got blended with the national elements, the medley has created much confusion among those who are responsible for implementing them.

The backbone of Indian education system is the primary and secondary education, which are primarily attended by the state governments. Throughout India are established a number of boards and institutions that influence and govern the working principles of the schools, giving rise to disparity and inequality in the education received by the children.

National Curriculum and NCERT
National curriculum offers a unique solution to standardize the curriculum through out India. The prime agency responsible for the same is the NCERT or National Council for Education, Research and Training.

As an apex body, the organisation is responsible for advising the central and state governments on academic matters.

Obligations
National curriculum was devised to maintain the education standards through out the country and also check inequality and disparity in school education in India. In its absence, different states would follow their own policies on education and the curriculum would mark distinctions. For instance, a 10th grade student in Kerala would be studying something else than someone who studies say in Delhi. The national curriculum makes it mandatory for the institutions to provide similar course material and subjects so that the standards are maintained and students do not suffer inequality.

Critical Review
Although the noble initiative of providing a universalized education system in India has been appreciated, yet the National curriculum framework has been criticized for giving least importance to infrastructure development, teacher training and social biases.