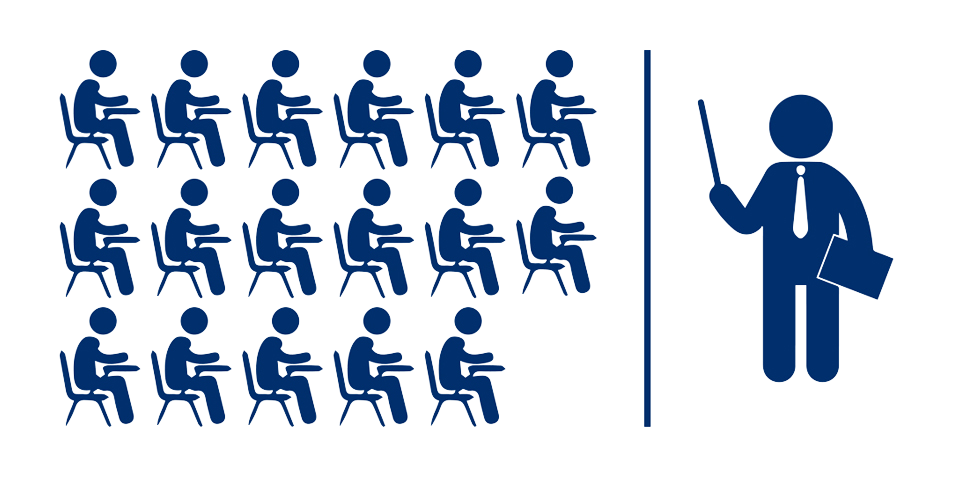 Student teacher ratio is one of the indicators used to describe the quality of education received in any education unit, be it a school, schools in a city or all schools in the country.

Educationists have often stressed on the low student teacher ratio set-ups. The higher the ratio the lesser is the focus received by individual pupil. For example, a classroom with 50 students and just one teacher would mean the teacher-student ratio of 1:50 – one teacher for 50 students. Since a single teacher has to educate 50 students collectively, the treatment received by anyone would be little.

Student teacher ratio in schools established in America, Europe and even some parts of Asia is less than 30. In India the ratio for primary education is about 40, which exceeds the standards. The increased value has raised concerns over the quality of education received in the country.

Already some education agencies have come up with statistics about the dearth of teachers. According to DISE report, some major states like Madhya Pradesh, Himachal Pradesh, Assam, Arunachal Pradesh, Orissa, etc., have majority of schools (more than 50 percent) with three or less than three teachers. If the dearth of teachers continues, the education system may have to bear serious repercussions.

The most pressing concern is the disinterested youth to take upon teaching as the career. The situation is graver for some private schools. There are many private schools that pay very less to the teachers. The teaching job is such institutions are filled up mostly by the female staff.

Unless the remuneration and benefits for the teachers are revised, there are very less chances that the student teacher ratio in India will increase.