WHAT IS PEACEFUL PARENTING? 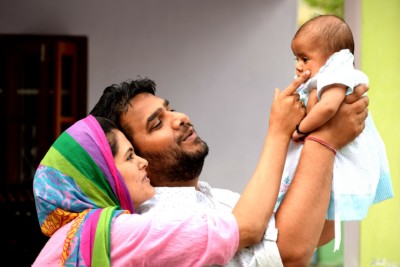 Every Parent’s Nightmare
Most of the parent-child conflicts are those centred on daily activities like going to bed or waking up, limitations of going outdoors and school homework. Many parents feel as they are engaged in a constant power struggle with their children. Parents feel frustrated and worn out and the children feel questioned and irritated. In cases of extreme hostility between the two, a child may feel threatened and determined to resist his parents’ wishes.

Trouble in the Making
A parents’ attempt to control their children through authority could trigger resistance and violence in children. Even if young children react well to parent authority it could be just a case of temporary submission. The resentment, if any, inside the child would surface later when he grows up. This is when parenting turns violent as both the parents and the child try to control each other and there is a general loss of trust and goodwill in the whole family.

Authoritative Parenting?
Some parents are prone to threatening or using extreme authority over the children. They tend to make many demands and enforce them with punishment or promises. When the child crosses teenage years, such parents usually find themselves involved in a bitter struggle with their child. Even if children aren’t immediately resisting parental demands, parents could still be generating a negative environment every time they attempt to exert supremacy over the children.

The Dilemma
Most parents want their children to have the characters and the skills which enable them to make the best choices in life. However, they seem to ignore the fact that these skills can’t be developed if a child develops a fear of blame or parental punishment. Anger and resentment is common among children today as they try and fight out the level of parental control exerted on them. These negative feelings of anger and bitterness are sometimes expressed through self-destructive habits that a child develops. Many such children become violent at school, start using abusive behaviour or may get hooked on to bad company and the use of alcohol or even drugs.

Finding a Solution
Peaceful parenting begins from the time children are toddlers. The child at that age has to be made to realise what is wrong and not acceptable. The best way to make him follow a rule is leading by example. Again, to let him feel empowered, try and make the child responsible for certain household issues when he grows up. This could include taking care of the toolbox or buying the weekly quota of fruits for the family or keeping an eye as to which member of the family has been overspending. This process combines self-realisation and responsibility for the child. These skills help to create children who can embrace understanding and peace and are at ease with the idea of being disciplined and liberated at the same time.