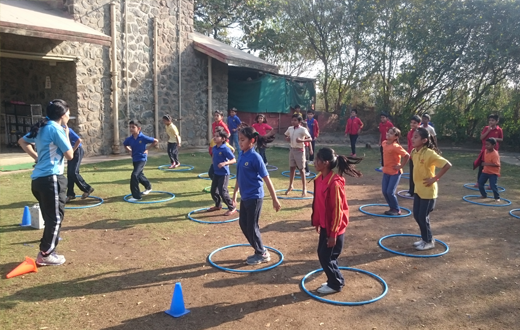 The ancient education system that was preponderant in India placed a high importance to the physical development of students. Physical training that would keep the students fit and military skills that would help them during battles was well provided by the education system. However with the decline of the ancient Indian education system, physical education received less attention and was separated from the primary goal of all round development.

In Indian schools, there still exist a rudimentary form of physical trainings. Popular as P.T., the children are made to perform physical exercises, which forms a part of the curriculum. The exercises are conducted on all schooldays or on selected days of the week. The session normally lasts for an hour or less and proper outfits are to be put on by the students.

Sports Education
Physical education is aspired to develop the motor skills, physical abilities and capacities in the students.

Furthermore, education institutions have realized the importance of sports education in contemporary times. As the players participate in various national and international events, it is the training institutes that have been praised mostly.

Various school alumni, who have won the credentials in sports arena, have been stereotyped, bringing more fame and reputation to the education institute or school. The fan club in India is rising with more and more sportsperson from the country bagging the medals and honor.

Sports Education and Provisions in Schools
Well-established and popular secondary and senior secondary schools have good provisions for physical and sports education. Provisions like playgrounds for outdoor games like football and cricket, basketball courts, tennis courts, volleyball courts are taken care of by the school administration. For indoor games and exercises there are gymnasiums, table tennis rooms and rooms dedicated for such games as chess, carom board, etc.

In the last few years physical and sports education have received a lot of attention, as parents and educators have been encouraging the children to participate and develop their skills. Contemporary schools in India make it a point that proper facilities and trainers are provided by the school.